Canal city Lahore is situated on Mohlanwal Road connecting with Multan Road. Many developed and well-managed societies surround this scheme. Moreover, the Main Boulevard passes through the canal city. The basic amenities of life are available

Map of canal city Lahore shows that transportation of canal city has many options for its residents. Public transport is also available. Many bus stops are located near the society Kot Muhammad Hussain bus stop in Khanpur and Metro store bus.

Many markets are located nearby, including Greengrocers, pearl Sooper mart in DHA, Al-Rehmat store, and Khalid Grocery store in Iqbal avenue.

Many reputed public and private schools, universities are present in Canal city.

Many banks also facilitate the city.

A beautiful park called Rail Town Park is found in the area. Many other parks are present near Canal City.

One of the main features of this society is that it is located in Lahore's prime location. Many housing schemes like Valencia Town, Bahria Town lie nearby. Moreover, the Kalma Chowk underpass is also a few minutes' drives. 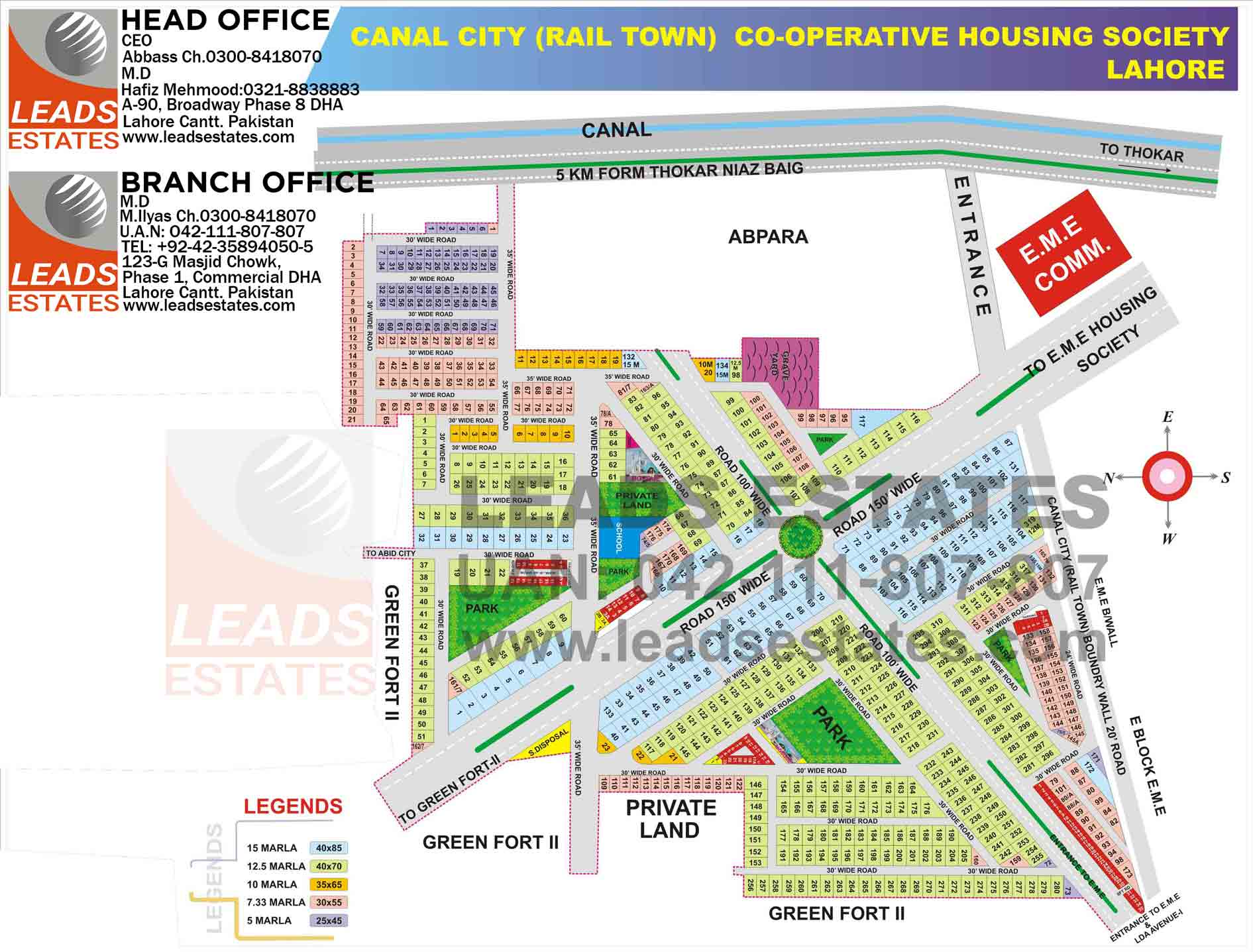