There are several types of properties, such as houses, flats, and, Plots.Askari housing society is famous among Pakistan army officers and their families. There are Eleven Pharmacy in Sector A. CSD Departmental store is also situated in Sector A.Furthermore, there is a Hasnah Shopping Complex in Sector B. It takes a 15 to 20 drive to reach Green valley supermarket in the Mall of Lahore and Carrefour. Almost every sector has its very own mosque. Some well-reputed schools are found near the Askari 10, such as The City School, LGS, Beaconhouse, and The Broadway School. It takes 15 to 18 minutes to reach this school. 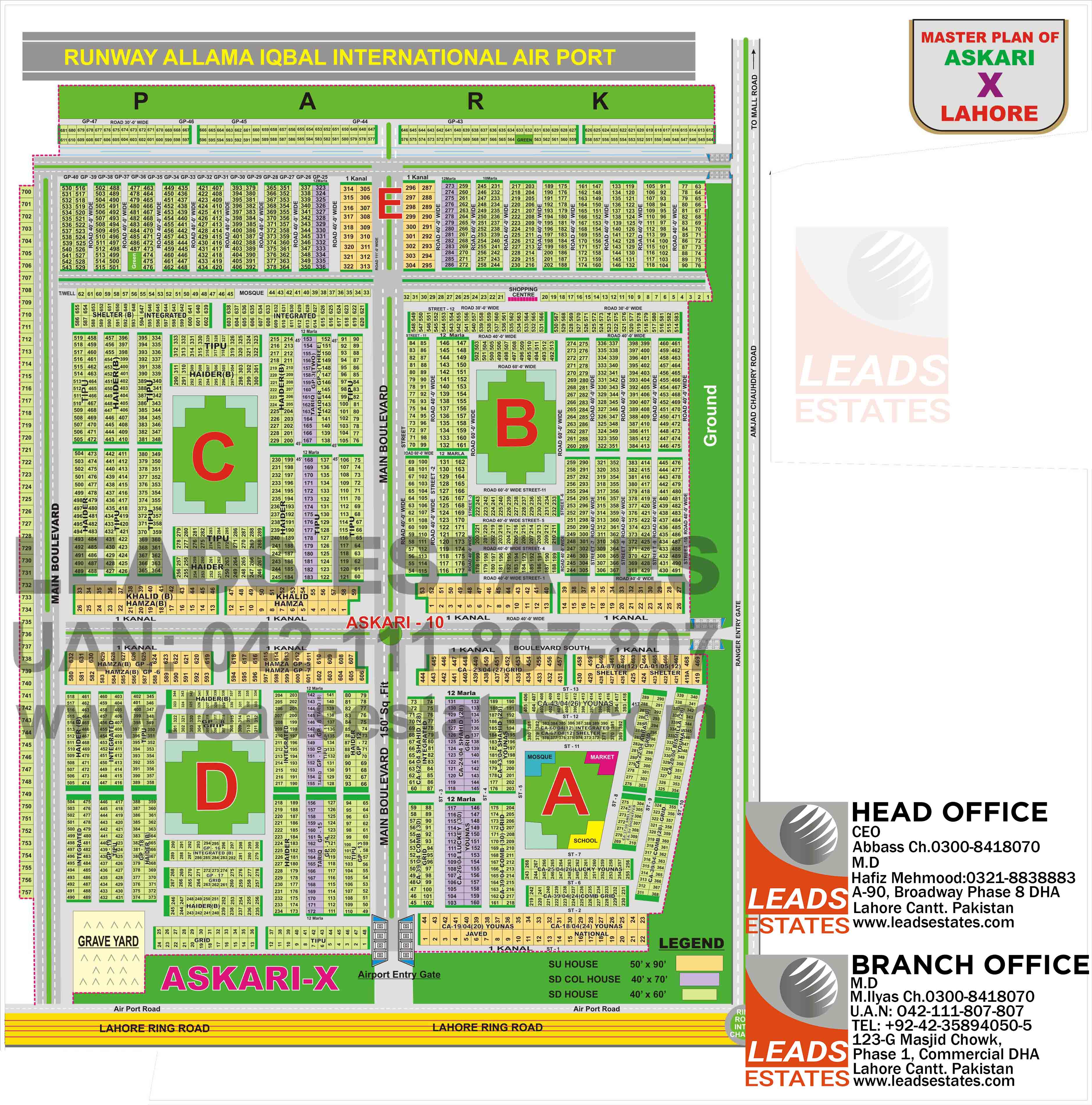